What do we do with a difference?

What do we do with a variation?
a poem by James Berry

Note: "Variation" can mean a change or difference or a different or distinct form or version of something.

Click on the Prezi Mrs. Poleske created to learn more about the "peculiar institution" of slavery in America, the practice of kidnapping, breeding, buying, and selling human beings who came from or whose ancestors came from Africa.  If the links in the Prezi do not work, click on the links on the slide below instead.

Note: In an attempt to make the practice of slavery sound less reprehensible, Southerners called slavery a "peculiar institution".

Seeing Past the Illusion of Race

Today we are going to examine our own understanding about race.  According to Webster's Dictionary, race is "a category of humankind that shares certain distinctive physical traits."  Is this an accurate definition?  Perhaps it was before scientists mapped the human genome. A genome is the complete set of genes present in each of our cells.  It is those genes that determine the traits we inherit from our parents.

​Just how different are we as human beings? Reflect on your own understanding of race by completing the What is race? Anticipation Guide linked below.

What is race? Anticipation Guide

After completing your Anticipation Guide,  explore the resources below to find out if your responses were correct.  Each resource is numbered.

2) Read the article "The Race Theory" liked below.  What did you learn?

3) Read the article "Ten Things Everyone Should Know About Race."  What did you learn?

Ten Things Everyone Should Know About Race

4) Read the article "“What Is Your Race?" by Courtland Milloy.  What did you learn?

5) Watch Franchesca Ramsey explain the origin of the word "Caucasian" in her MTV video about the word.

Talking About Race & Racism in America

The three videos that follow will help us frame our classroom conversations about race.  Each speaker has his own point to make about the cost people of color continue to pay for racial inequality and racial injustice.  Listen carefully to each man, Eric Deggans, Ta-Nehisi Coates and James A. White, as they seek to make us more culturally and socially aware.

How to Talk About Race by Eric Deggans

When Every Word Doesn't Belong to Everyone by Ta-Nehisi Coates

The Little Problem I Had Renting a House by James A. White

The Structure of the Julius Lester's Day of Tears

Authors think long and hard about how they want to structure or organize their writing.  In structuring their novels authors consider their audience, purpose, along with the content itself.  Julius Lester chose to tell his story using four main structures including organizing chapters by setting and chronologically.  He also uses a combination of dialogue that is structured like the script of a play, internal monologues, and interludes that take readers out of the time the novel is set in and into the future.

Read through the slide show below to learn more.

During and after our reading of DAY OF TEARS, you will be asked to complete the following performance tasks presented below.  These performance tasks will assess your learning of literary text-related concepts.


Task 1: Identifying MOOD (Chapter 1)
Click on the link below to access the learning task related to mood.
docs.google.com/document/d/1UmJ2wC4ZebglI-Oe1En_b5icBNGJUY9X26xAlPMNhLw/edit?usp=sharing

Task 2:  Identifying and Explaining IRONY (Chapters 3 & 4)
Click on the link below to access the learning task related to irony.
https://docs.google.com/document/d/16Ia_kbpDPzEQ9Ruvzrprl7evH2Ayb5YbfkJAiuZ4Ksc/edit?usp=sharing

Task 4: Recognizing the Power of DIALOGUE (Chapters 10 & 11)
Task 5: Comparing Two Texts on the Story of Jeffrey and Dorcas​Task 6: Click on the link that follows and respond to one of the two prompts there:  D.O.T. End-of-the-Novel Response

Poem 1: Middle Passage by Robert Hayden
Click on the links below to read Robert Hayden's epic poem "The Middle Passage."  You can also listen to Hayden recite his poem by clicking on the play arrow next to the title.  I highly recommend doing so as Hayden's deep, rich voice takes on the tone of the various characters who narrate the story about the ghastly Middle Passage.  If you want to learn more about the meaning behind the poem I recommend listening the podcast "Poetry Off the Shelf" as they interpret and explain the story behind the poem. 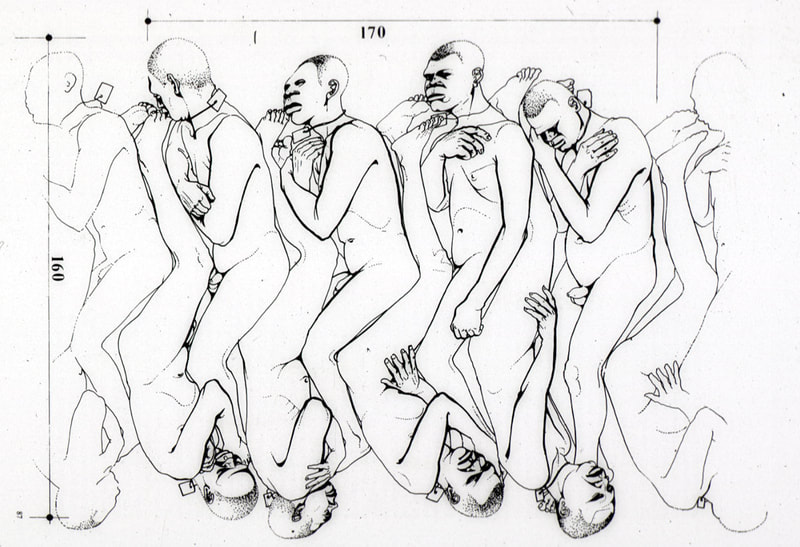 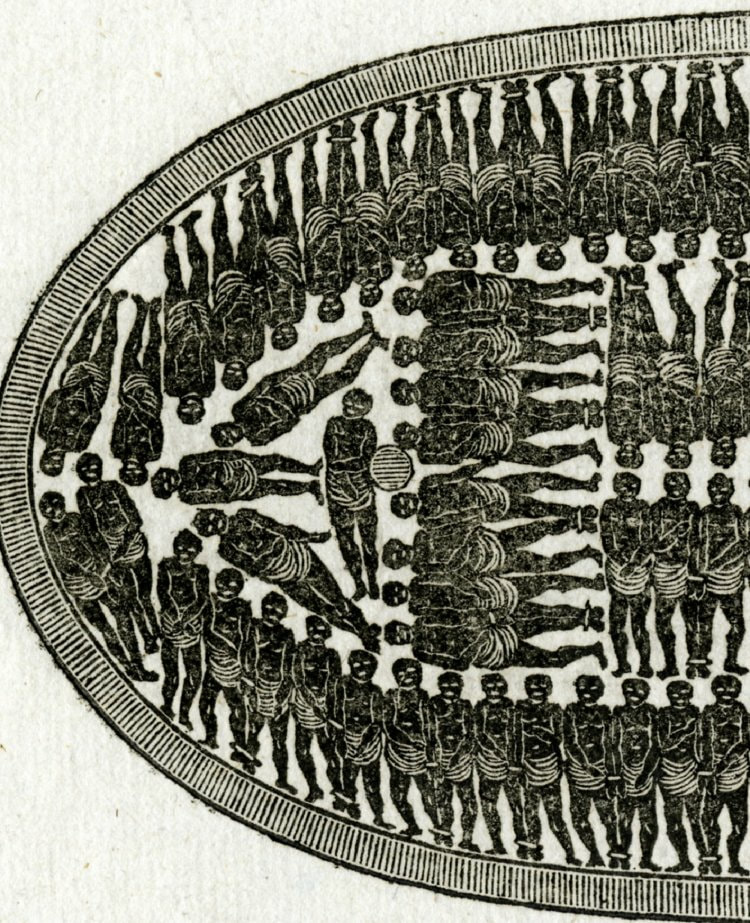 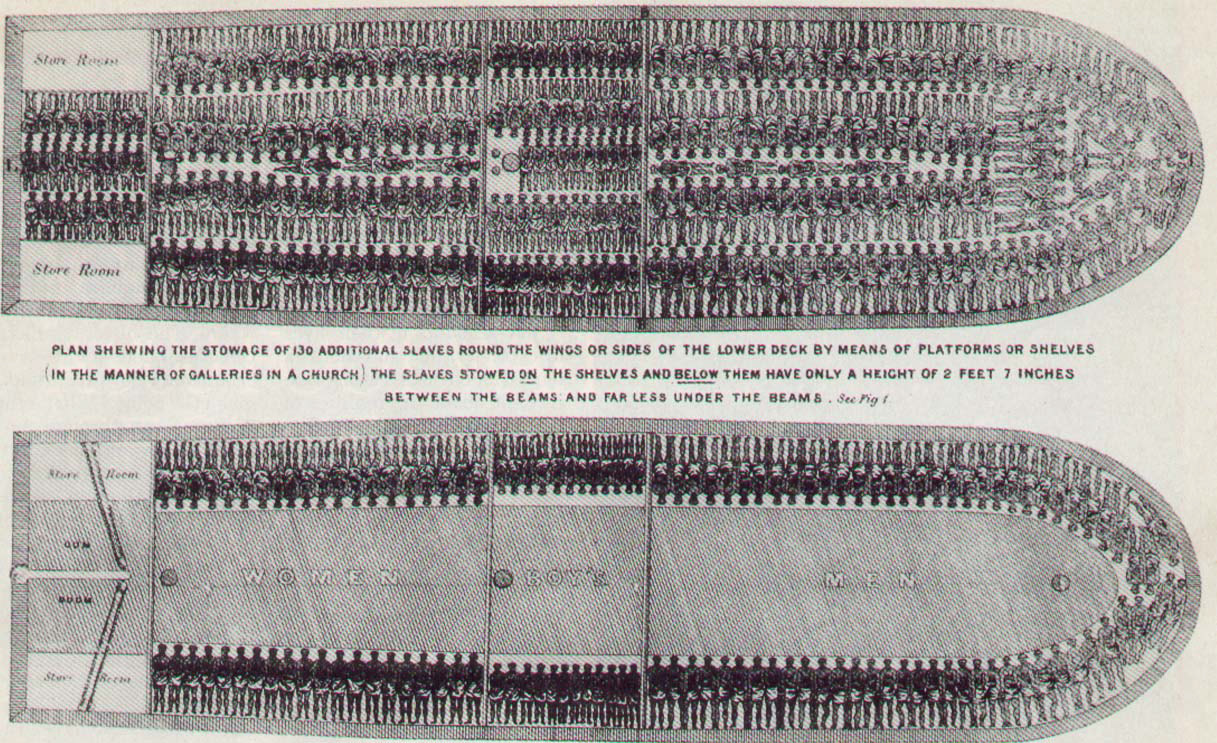 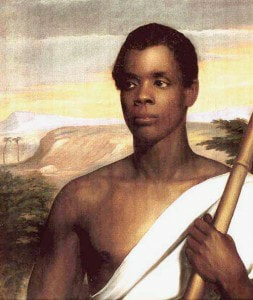 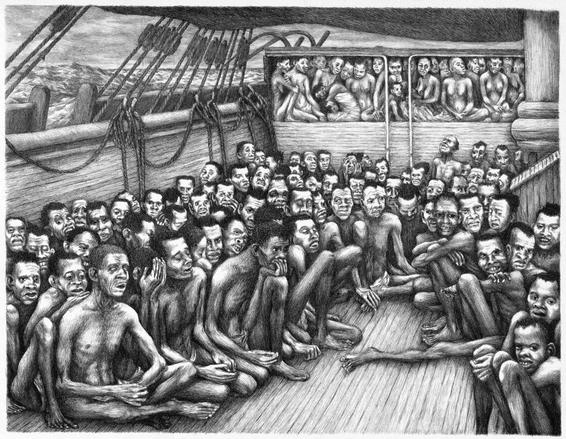 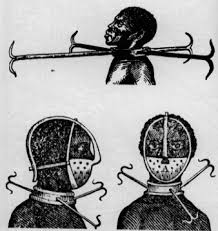 "On Being Brought from Africa to America" Poetry Links:
Related Image 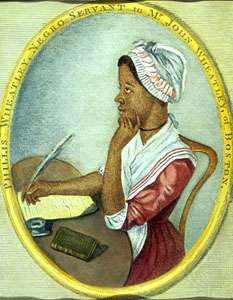 "I Have A Dream"  by Dr. Martin Luther King Junior

I am happy to join with you today in what will go down in history as the greatest demonstration for freedom in the history of our nation. Five score years ago, a great American, in whose symbolic shadow we stand today, signed the Emancipation Proclamation. This momentous decree came as a great beacon light of hope to millions of Negro slaves who had been seared in the flames of withering injustice. It came as a joyous daybreak to end the long night of their captivity. But one hundred years later, the Negro still is not free. One hundred years later, the life of the Negro is still sadly crippled by the manacles of segregation and the chains of discrimination. One hundred years later, the Negro lives on a lonely island of poverty in the midst of a vast ocean of material prosperity. One hundred years later, the Negro is still languishing in the corners of American society and finds himself an exile in his own land. So we have come here today to dramatize a shameful condition. In a sense we have come to our nation's capital to cash a check. When the architects of our republic wrote the magnificent words of the Constitution and the Declaration of Independence, they were signing a promissory note to which every American was to fall heir. This note was a promise that all men, yes, black men as well as white men, would be guaranteed the unalienable rights of life, liberty, and the pursuit of happiness. It is obvious today that America has defaulted on this promissory note insofar as her citizens of color are concerned. Instead of honoring this sacred obligation, America has given the Negro people a bad check, a check which has come back marked "insufficient funds." But we refuse to believe that the bank of justice is bankrupt. We refuse to believe that there are insufficient funds in the great vaults of opportunity of this nation. So we have come to cash this check -- a check that will give us upon demand the riches of freedom and the security of justice. We have also come to this hallowed spot to remind America of the fierce urgency of now. This is no time to engage in the luxury of cooling off or to take the tranquilizing drug of gradualism. Now is the time to make real the promises of democracy. Now is the time to rise from the dark and desolate valley of segregation to the sunlit path of racial justice. Now is the time to lift our nation from the quick sands of racial injustice to the solid rock of brotherhood. Now is the time to make justice a reality for all of God's children. It would be fatal for the nation to overlook the urgency of the moment. This sweltering summer of the Negro's legitimate discontent will not pass until there is an invigorating autumn of freedom and equality. Nineteen sixty-three is not an end, but a beginning. Those who hope that the Negro needed to blow off steam and will now be content will have a rude awakening if the nation returns to business as usual. There will be neither rest nor tranquility in America until the Negro is granted his citizenship rights. The whirlwinds of revolt will continue to shake the foundations of our nation until the bright day of justice emerges. But there is something that I must say to my people who stand on the warm threshold which leads into the palace of justice. In the process of gaining our rightful place we must not be guilty of wrongful deeds. Let us not seek to satisfy our thirst for freedom by drinking from the cup of bitterness and hatred. 2 We must forever conduct our struggle on the high plane of dignity and discipline. We must not allow our creative protest to degenerate into physical violence. Again and again we must rise to the majestic heights of meeting physical force with soul force. The marvelous new militancy which has engulfed the Negro community must not lead us to a distrust of all white people, for many of our white brothers, as evidenced by their presence here today, have come to realize that their destiny is tied up with our destiny. They have come to realize that their freedom is inextricably bound to our freedom. We cannot walk alone.

I say to you today, my friends, so even though we face the difficulties of today and tomorrow, I still have a dream. It is a dream deeply rooted in the American dream.

I have a dream that one day this nation will rise up and live out the true meaning of its creed: "We hold these truths to be self-evident: that all men are created equal."

I have a dream that my four little children will one day live in a nation where they will not be judged by the color of their skin but by the content of their character.

I have a dream today.